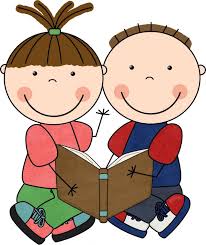 I have a good mind to take little ZeeZee with me when I go to the gym. The 4 year old does not have a sibling yet and does not need to share his stuff at home. However, he is so generous with his books and toys when he plays with his friends. Ready to start pre-school soon, he thoroughly knows the value of sharing. I feel the tiny champ can give a few lessons to some of these gym goers I see.

It reflects rather poorly on the human race when adults behave selfishly. There is a scenario that I get to witness on a regular basis when I go on my fitness journey in the morning. A couple of huge stand fans are placed in the area where treadmills and ellipticals are used by gym members. Almost every day without fail, there happens to be at least one individual who turns the fan completely in his or her direction while exercising, not caring the least about others who might be sweating and maybe in need of some air too! It feels as though he or she has bought the exclusive rights to use the fan.

From childhood through adolescence to adulthood, the lesson of sharing is so emphasized upon that it feels like one of the very important gospels of human existence. It brings us happiness, promotes brotherhood we are taught. But is this ideology embraced by one and all? Why are some people so averse to sharing? Well if ethics demand that you do not share, for example when you are supposed to maintain confidentiality about your company matters, it is perfectly justified. But when there is no moral philosophy in the picture limiting your actions, how can sharing hurt?

Sharing recipes among family and friends has been an age-old practice. But you will encounter quite a few who do not enjoy being a part of this giving club. A friend talked about a very awkward moment when she asked someone how she had made her strawberry mousse which was simply out of the world in taste. She was apparently told that the recipe could not be divulged as it was the family’s signature dish. It sounded pretty immature and mean to me. Now on another extreme, you will also find people who readily give you the recipe but will conceal that one “magic” ingredient or step that will make all the difference. I feel that if you are an expert in making a dish, teaching others to prepare it will not make you any less of a great cook. Well if you are owning a restaurant chain and you are worried that revealing your culinary secret will put your business in jeopardy, I have nothing to say!

You have to be living in a fool’s paradise if you are thinking that you can withhold information from your acquaintances about where you bought your lovely home décor or which coaching classes your child attended to prepare for the standardized test. This is the information age, and knowledge is available at the stroke of a key!

“Sharing is caring” is believed to be the essence of Christian faith and is a trademark of the international charitable organization Salvation Army which aims to help the poor, destitute, and hungry. Can that be the buzzword for the world economy too? The tag line has definitely been used in the business ambience as the goal of resource optimization has gained prominence.

A diligent piece by Paul Armstrong and Yue Wang in Forbes (May 31, 2017) reported how the concept of a sharing economy has paved the way to create immensely successful businesses in China. There are myriads of smartphone-based apps that make it possible for consumers to rent almost everything under the sun. Taking into consideration the fact that the Chinese economy is going through an economic slowdown, consumers especially the younger generation are in favor of renting and sharing items that are considered expensive. Bikes, cars, and office spaces are shared and rented out because when the economy goes downhill, the wiser option is not to buy things. The Chinese government anticipates that its sharing economy will increase by 40% this year and estimates that by 2020 it would account for about 10% of GDP.

The air is now rife with thoughts and views about the sharing economy, and it is believed that it will have a big influence on the global landscape by promoting a robust growth and bringing in diversity to the environment. PricewaterhouseCoopers identifies 5 sharing sectors, namely car sharing, travel, finance, staffing, and music and video streaming, as the hot areas that show promise for facilitating a giant leap of global revenue to $335 billion by 2025! The sharing economy is beginning to make such global inroads that it is speculated that in the future, sharing and not owning things will be the indicator of prosperity.

It sure gives the impression of comparing apples to oranges and hints at something far-fetched or perhaps even a mad hyperbole as I talk about sharing in our mundane lives and then digress to a much more complex issue like a sharing economy! But the bottom line is that be it in the global enterprise or in our day-to-day social interactions, such participatory behavior yields its benefits whether it amounts to rich tangible assets or immeasurable human happiness. So when the fruits are so bountiful, why not give sharing some thought?