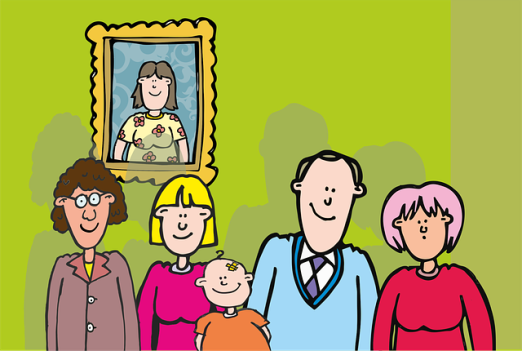 Pri and I are friends and share all the happenings in our mundane lives. Several times, she has edged me to do a blog post on a certain mannerism of our better halves. Lona, my much younger cousin, pitched in, saying she can provide a plethora of personal examples on that same topic. The fact that she has been married for just 8 years as compared to my 26 but we still unanimously agree on that point only justifies that there’s a grain of truth about what we feel about the behavior of the men in our houses. In conjunction, I have also decided to incorporate the observations that I have made about children over the course of spending half a century on this planet! I am rather confident that other members of the mommies’ fraternity will agree with me.

Like most movies that have a disclaimer that the story in the film is fictitious and any resemblance to people dead or living is coincidental, I too have a caveat to present: My theories are based on personal experiences and feedback provided to me by others. There are always exceptions, and I do not believe in stereotyping. Also, there is not a single shred of malice directed towards any class of these individuals. My remarks or assessments should be read with a keen sense of humor. Experience is the best teacher, as the saying goes. And I certainly can speak volumes on family matters, courtesy my varied roles in this revered institution.

Going back to my friend Pri, both of us have coined a name for a very common statement most husbands make. We have called it the “I thought so” theory, which has another variation: namely “I said so”.

It’s best to assume that your husband can never be wrong. Let me bring up just a couple of situations. There’s a party in your house, and you can’t decide on the quantity of food you need to make or order. Looking forward to some advice, you consult your husband who most probably would say that as the sole authority over the culinary department, you know better and can make the decision. But if the food either happens to be less for your guests or you have a big pile of leftovers, pat comes that one liner “I thought so”.

You might have been a bad judge of character and may have been let down by someone who you have all along thought to be so nice. Driven to tears by the mean and nasty act, you confide in your spouse who sympathizes with you but not without the expert comment that he had known right from the start that the person in question could not be trusted. Not that I have accusations for lying, but there’s a chance your husband might tell you “I said so”, that he had warned you against that individual. Well, you may be racking your brains thinking when he said so, and you will NEVER be able to remember when he did!

Shifting gears, I am moving to cite experiences from the granary of motherhood. The commandment for young mothers is, “Be cautious while making a statement in public about your child’s food habits”. You may be totally blown off by a surprise, not to forget the embarrassment. There was this incident several decades ago when as a five-year-old, my mother and I had visited someone, and I was served milk and cookies. My mom told the host to take away the glass of milk, saying how I hated it and threw tantrums whenever I was made to drink it. Barely had she finished talking, and I held the glass between my tiny palms and gulped the milk down in seconds!

An addendum follows in a similar direction. Don’t be in a haste to draw a conclusion that your fussy tyke has improved his eating habits. I may sound like I’m bringing up another one of those old wives’s tales, but many a time, you will wonder if you have jinxed it all. Every time little ZeeZee’s mommy tells me that her kiddo is beginning to eat well, she needs to walk-back on her proclamation on the third day as her little one regresses back to his old fussy style.

As I am about to wind up my musings, something suddenly flashes across my mind. This is another one of those situations that keeps recurring. There can be nothing more joyous than the arrival of a new baby. The common question that props up soon after is: Who does the baby resemble? We have the entire clan deciding and debating on a topic with their forceful viewpoints. Whether the tiny bundle at that tender age distinctly shares the features of any adult is questionable, but yes, we do spend a lot of time talking about it! This is not the end of the story; it continues as the baby grows and steps into childhood. The interesting fact is that the maternal and paternal sides are in a kind of competition. Each side wants to attribute the pluses in the child to their lineage and the minuses to the opposite side.

These and many other happenings weave the fabric of our familial existence. As much as the irritation and annoyance come with the package, it cannot be denied that without the oddities and the peculiarities of our kith and kin, our families will be immensely dull and boring. These predictable and unpredictable waves of human action stir the ship and cause us to either share a laugh or sport a frown as we experience the varied flavors of life.