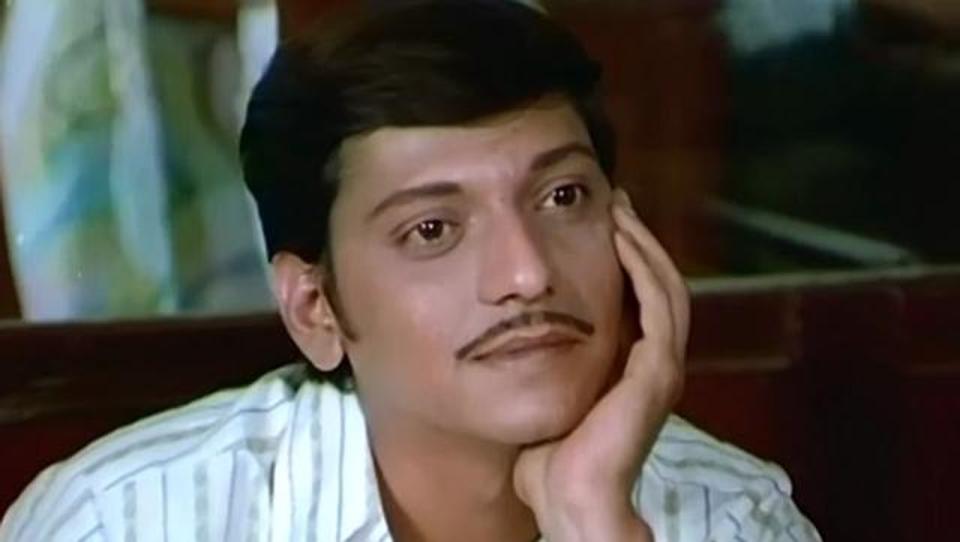 Glamor and sophistication were not the edifices on which Amol Palekar’s profile rested. He did not portray the hero with indomitable energy fighting the bad guys to seek justice or save a damsel in distress. Nor did he have the chocolate boy looks to melt young hearts. Amol Palekar comfortably fitted in to the garb of a simple middle-class young man that millions of Indians could identify with.

The smile under the mustache and the shyness with eyes lowered are the strokes that paint the picture that instantly comes to my mind when I think of Amol Palekar. And this image, without an iota of doubt, emerges from having watched Rajnigandha, Chhoti Si Baat, and Chitchor several times.

Who can ever forget the characters of Sanjay, Arun, and Vinod who had in them such admirable traits that any Indian mother would have loved to adopt them as her sons? The naivety in those characters was of course a looming feature and did add the foolish shade in the roles at times, but the irony is that unbelievable straightforwardness is where the charm essentially lay. Because is it not difficult to find such an honest, down-to-earth boy in the midst of superficiality?

It was so involving for the audience to see Arun in Chhoti Si Baat taking the help of Colonel Julius Nagendranath Wilfred Singh (his name itself tickling a funny bone) to polish his social skills to woo the girl he loved! Rajnigandha presented him as the talkative, kind hearted, but careless guy who had no sense of punctuality to meet his girlfriend on time. Then there is Vinod from Chitchor, a young engineer coming to the town of Madhupur, who falls in love with Geeta and teaches her to sing. In each of these films, Amol Palekar essayed his roles with perfection.

What is really commendable is the fact that thanks to his acting prowess, the roles Palekar played seemed very convincing even though they were varied. He excelled in comedies like Gol Maal (1979), Baton Baton Mein (1979), Naram Garam (1981), and Rang Birangi (1983) and looked so real as a serious villager Kishan Lal in the 1980 Aachal. Again, Gharaonda (1977) portrayed him in a very different guise where he appeared to be a calculative young man who thinks about his future prospects and nudges his girlfriend to marry a rich widower with ill-health.

To be honest, I wouldn’t be in a position to judge his caliber as a director because Ankahee, Thodasa Rumani Ho Jaye, and Paheli were the only three of his directorial projects that I have watched. Paheli was India’s official entry to the 78th Academy Awards for Best Foreign Language Film. The fact that Bangarwadi and Dhyaas Parva (both in Marathi), Daayraa (Hindi), and Quest (bilingual English and Marathi) bagged National Awards does speak about his aptitude as a director.

Before the Bollywood actor came the theater personality when Amol Palekar started his acting journey with Marathi experimental theater and started his own group Aniket in 1972. Also, behind the actor who charmed Indian cine goers is an immensely gifted painter. It’s quite interesting to note that on the website amolpalekar.com, where he exhibits his paintings, he mentions that he’s an actor by accident, a producer by compulsion, a director by choice, and an artist by nature!

Amol Palekar, I feel, was among the most underrated actors of his times in Indian cinema. But his extraordinary talent was ably recognized by a genius like Basu Chatterjee who had an eye to pick the best. And that is precisely the reason why Palekar, who first refused the offer to play the hero in Piya Ka Ghar, was again approached and finally ended up not only doing several of Chatterjee’s films but also accepted the acknowledged director and screenwriter as his mentor.

As an actor in Hindi films, Amol Palekar has won just one award: the Filmfare Best Actor Award for his role in Gol Maal. But that nonetheless does not diminish his stature as a great actor with tremendous potential. Awards constitute just one segment of an artist’s resume. It is the actor’s sincerity, passion, commitment, and capacity to draw in the audiences and make them a part of his world that counts as true success.

What was outstanding about Amol Palekar was that he was so much the realistic hero removed from fantasy. There was in him that element of the boy next door traveling in local trains and buses, enduring hardships of life that delineated the lower middle-class young man in the appropriate and correct frame. To quote him from an interview he gave to rediff.com a few years ago: “Mainstream cinema is larger than life; this cinema and my persona were not larger than life, and that is what people loved.”

As this charmer of the masses, Amol Palekar, celebrates his 75th birthday on this day, November 24th, let’s wish him smiles and sunshine and thank him for his invaluable contribution to Indian cinema!

(This article appeared as a featured post in Women’s Web )